Actor/singer/model Christian Keyes is best known as a leading man in many of both Tyler Perry and Zane’s stage productions, as well as his starring role in the BET comedy “Let’s Stay Together” AND the Bounce TV original scripted drama “Saints and Sinners.” In November of 2014, Keyes, added author to his list of accomplishments with the release of his debut novel, LADIES NIGHT, and followed it up with his second novel in 2015, DR. FEEL GOOD, both presented by Carl Weber and Urban Renaissance/Kensington books.  Check is a very popular and outspoken on social media with a loyal following on instagram/christiankeyes and on facebook.com/christiankeyesofficialfanpage

Christian Keyes is a hardworking veteran actor who has been described by filmmaker Tyler Perry as: “One of the most consistent male actors I’ve worked with.” Named one of the “50 Most Eligible Bachelors” in the country by Ebony magazine, Keyes has appeared in more than 20 films, 40 stage productions, 1,200 theatrical shows and 10 national television commercials (Tide, Nike, Acura, NCAA, Little Caesars and more). He is also a talented singer, having released 2 full length CD’s of his original music (“Day By Day” and “Personal”).

Keyes has also starred as a leading man in films such as “The Man in 3B” (2015) “Dysfunctional Friends,” “Note To Self,” “Black Coffee,” and the Tyler Perry hits “Madea Goes to Jail” and “What’s Done in the Dark.” Adding “action hero” to his moniker, Keyes is currently shooting the action adventure film “No More Mr. Nice Guy,” (from Tri Destined Studios and Carl Weber’s Urban Books Media. 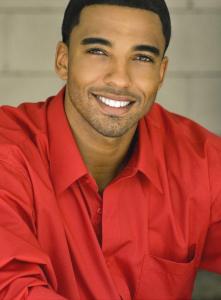 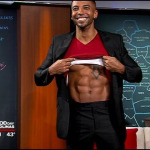 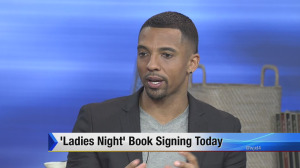 Christian Keyes, the actor known for his roles in Tyler Perry’s “Madea Goes to Jail”, pens his first novel. He’s in Jacksonville for a book signing. It’s your oppor… View on Read More