The Rejected Stone: Al Sharpton and the Path to American Leadership

“I hope when you put this book down, you don’t see Al Sharpton differently, but you instead see yourself differently.” – Rev. Al Sharpton

In October of 2013, talk show host and political activist, Reverend Al Sharpton released his first book in over ten years, The Rejected Stone: Al Sharpton and the Path to American Leadership. The book was published by Cash Money Content books, the publishing arm of premier record label Cash Money Records, in partnership with Atria/Simon & Schuster. In the book, Reverend Al intimately discusses his personal evolution from street activist, pulpit provocateur and civil rights leader, to the larger-than-life man he is today, while providing a series of essential life lessons that readers can adopt to transform their own lives. 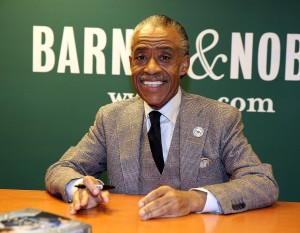 Rev Al Sharpton
MSNBC Host and Author
“From the Central Park Five to gay & lesbian rights to the immigration debates, I have prided myself on taking the side of the rejected people,” says Reverend Al Sharpton, “and so I decided to call this book The Rejected Stone,” from a passage of scripture which refers to a stone which was rejected by builders that, in the end, became the chief cornerstone. “In the end, that sums up my life’s journey and so many of my people,” says Reverend Al.Donna Torrence and Mediasavvy PR spearheaded the media campaign for The Rejected Stone including appearances on The Wendy Williams Show, The Steve Harvey Show, VH!’s Big Morning Buzz and BET.
Rev Al Sharpton on the Wendy Williams ShowSaveSaveSaveSave
© 2014-2015 mediasavvy pr, nic. All Rights Reserved. Powered by: 24x7 Internet Technologies.